The Rush Way Age Group Guides provide a more in depth look at Rush Soccer’s Developmental Blueprint, covering technical, tactical, physical, and psychosocial considerations, as well as guiding on how to apply Rush Way philosophies effectively to each age group.

The Rush Way is the embodiment of all that is Rush Soccer; the rules and manner in which Rush members hold themselves and how they expect other Rush members to conduct themselves. This is not inherent in all people, but can be learned. The Rush Way encourages passion, leadership, respect and, above all, quality. Before reading this document and complementary to any age group curriculum, every coach should read the entire Rush Way Philosophy.

Core Values: There are 11 players on the field and so Rush Soccer has 11 core values as well. The four highlighted are considered the main ones for these age groups.

Player Position: Rush believes that under the age of 14, every player should have the opportunity to experience all positions on the field. Players should not be stereotyped into specific positions because of speed, size or other qualities, but should experience the emotion and functions of all positions on the field. These experiences allow them to advance their soccer knowledge, raise their technical ability, and gives them opportunities to think as a field player, all of which raise the level of their position-specific demands.

70 Games & Playing Time: Playing time for any individual is completely at the coach’s discretion. Rush encourages that playing time at all levels should be equal throughout the season. At the younger developmental ages, players should be exposed to as much of the game as possible. Limiting team roster size will aid in increased playing time for all players. Remember the spirit of the 70 Games Philosophy stated at The Heart Of The Rush: One of the main objectives of a Rush club must be to provide opportunities and environments for the players to elevate the overall number of playing hours as much as possible.

Substitutions: Regardless of the state of the game, all players should come off the field and exchange courtesy with their replacement (when possible). This will promote team spirit and give confidence to the players entering the field.

Pre-game / Warm Up Routines: For this age group, the Rush Way suggestion is to take the warm up opportunity to review a concept trained during the week on a quick activity. End this period with a fun, engaging activity. Normally this is achieved by simply shooting at goal. Promote the excitement of playing, and remember that kids at this age don’t need any type of warm up from a biological point of view, so routines like stretching are not needed.

During the Match: Games are a great coaching opportunity, but caution, don’t over do it. Make sure your coaching is positive and builds confidence, like stated in the Rush Blue Thread, and make most of your comments when off the ball and preferably in natural stoppages.

Half Time: Rush encourages players to analyze problems and discuss solutions on their own before coach intervention. Players should be given a couple of minutes away from the coaching staff to voice opinions and discuss solutions. The coach should then bring their views and knowledge to the group. The Rush Way expects our comments to apply the 4:1 positive to instructional coaching method. Once again, understand the 4:1 ratio as a tool to coach positively, not as a unbreakable rule. Don’t over-coach in this period, remember that kids’ span of attention is limited and they don’t understand abstract concepts at this age, so focus on the motivational aspects and the enjoyment of playing.

Post Game: Once again, the Rush Way is to coach positively, encourage players, and build confidence. In this age group, stay very positive independently of results and always highlighting the enjoyment of playing the sport.

Greeting: Players are expected to greet the staff with a handshake for all staff local, national and international. The Rush staff across the country expect their players to shake their coaches hand each time they meet. Why?…respect, build social skills, break down barriers, learn culturally accepted behavior, the list goes on.

Coaches’ Sideline Behavior: From the outside, the conduct of the coach on the sideline can be perceived as a reflection of the conduct of all coaches within Rush Soccer. Coaches are a reflection of their players and should conduct themselves with respect for the officials, the opponents and the game of soccer. Remain positive when at all possible but motivational throughout. Coach actively but don’t misunderstand that with constant narrating and interventions. Actively means engaged. Education and being a first class role model are the paramount reasons that a coach has been given the honor to coach for Rush. It is always important to remember this.

Players’ Sideline Behavior: Players are encouraged to support other Rush teams and give their full-hearted support. Learn the Rush song; be as loud but respectful as possible and help educate the rest of the country in the way soccer should be supported, as it is in the rest of the world.

Risk Management: Accepting a coaching position means accepting responsibilities. Exercise reasonable care, have a first aid kit, take a CPR course, as well as make sure every kid departs with their parents or designated individuals, never leave a player alone after practice, among others.

In Soccer as in life, most things are not black or white and common sense can’t be replaced. Exceptions aside, the Rush Blue Thread pursues the application of the following eight principles at all levels and ages. Rush Soccer has a player centered approach.

OBJECTIVE: Develop Healthy Players With A Strong Passion For Soccer.

Age Group Coaching Approach: At this age group our role as a coach is to introduce the game of soccer to these young players. Our main focus is to provide players with an understanding of the game and the rules of the game. Many coaches take it upon themselves to physically do everything for their players (chase balls that go out of bounds, set balls for kick-ins, goal-kicks, and kick-offs). It is the job of the coach to show or demonstrate to the players how to execute these functions and then allow the player on their own to implement these rules of the game. Allow these young players to learn by trial and error, use the game as the teacher.

All training should be structured around the technical side of the game, emphasizing fun. Even if all technical skills can be introduced along the process, we focus on dribbling. Encourage players to be creative, take chances, to dribble, and to go at opposing players. Too often coaches emphasize passing and clearing the ball. We want our players to be comfortable with the ball not clear it away every time they get the ball. Encourage players to control, dribble, and score goals.

During practice each player should have a ball. This will allow them to get much needed repetitions. That doesn’t mean that every activity should be thought out to have every player with a ball, obviously the real game is played with only one. Guard against having lines. Rule of thumb, no more than 2 players should be waiting to participate in an activity. When possible have everyone participate. Keep exercises and activities short, this will prevent the players from becoming bored and disinterested. Keep your coaching short and to the point, at this age players struggle to comprehend. Have players participate in activities and play the game.

It is extremely important to stay 4:1 on the positive (“Good job”, “well done”, “outstanding”, etc.) to instructional comments (“Dribble with the inside and outside of the foot”) through out the session. Once again, remember that the 4:1 is a tool to coach positively, not an unbreakable rule. Encourage players to enjoy the game and have fun! It is each coach’s job to create this environment.

Psycho-Social Foundations: When you coach a team or a player, the most important thing is always to understand who you are training. Players in this age range have very short attention span so give instructions very briefly and concisely. Their brains don’t understand abstraction. SHOW ME is a very important word for our training. In addition, they do not have the ability to collaborate with many elements: Players of this age are in a very egocentric phase. Always me and my ball.

Safety: It is the most important thing here, understanding it from a holistic point of view. Players have to feel safe in their environment to feel free and experiment. Pay attention to signs, such as when a player has both arms behind their back as a sign of lack of motivation or fear. Sometimes children are placed in the wrong environment that is too challenging for them. Remember, if the player does not feel safe he/she will not participate in the activity and if they do not participate they will not learn.

So here is a Psycho-social Cheat Sheet.

Physical Fundamentals: Kids at this stage don’t possess anaerobic lactic capacity, that is the body’s capacity to produce energy for long high intense efforts. Aerobic capacity, at the same time, increases as a result of metabolic changes that derive from growth rather than from training. On the other hand, the kids anaerobic alactic capacity is good, which is the capacity to make short, high intense efforts and recover quickly.

All of this is telling us that we should avoid demanding our kids to run laps or similar approaches towards developing aerobic capacity until they are past puberty, as this increase will purely result from growth. On the contrary, if demanded, this would create a lot of stress in the kids body, which could result in a negative association with the activity for the future. Repetitions of long distance high speed runs are also not recommended. Short sprints are good, and the kids recover quickly from them.

Based on these facts, science recommends that we focus on the development of basic motor skills and coordinative capacities. If you can do it through soccer, it’s always better. Think of it as: Throwing and Catching are BMS’s that could be developed through goalkeeping games.

Technical Fundamentals: Technical development is the primary component for this age group. Once again, make an emphasis on dribbling. The others can be introduced but shouldn’t be the focus.

Heading starts at U12 in the USA. However, correct technique can be introduced with a balloon or volleyball at younger ages so players can experiment.

Tactical Fundamentals: The fact that children at this stage can’t interpret abstractions limits the tactical scope vastly. That’s ok, there will be other stages to focus on this. Remember that Tactics has a foundation and dependency on psychological, physical, and technical development, and that this last area (technique) is the main priority of the stage.

Therefore, only focus on basic principles of the game. Examples are:

Obviously, when you explain these things, do it in the most simple possible way.

Empathy is one of Rush Soccer’s core values, and we believe it requires little empathy to understand parents’ love for their children and their desire to stay involved. That doesn’t mean parents they know exactly how to be involved. Talk to them, guide them, present this curriculum before the star of the season and explain what you will do and why you will do it. Give them feedback and be open to listening to their concerns. Share expectations and use “we” rather than “I”. Parents and coaches need each other to accomplish the overall objective of the age group: developing healthy children that become passionate soccer players. 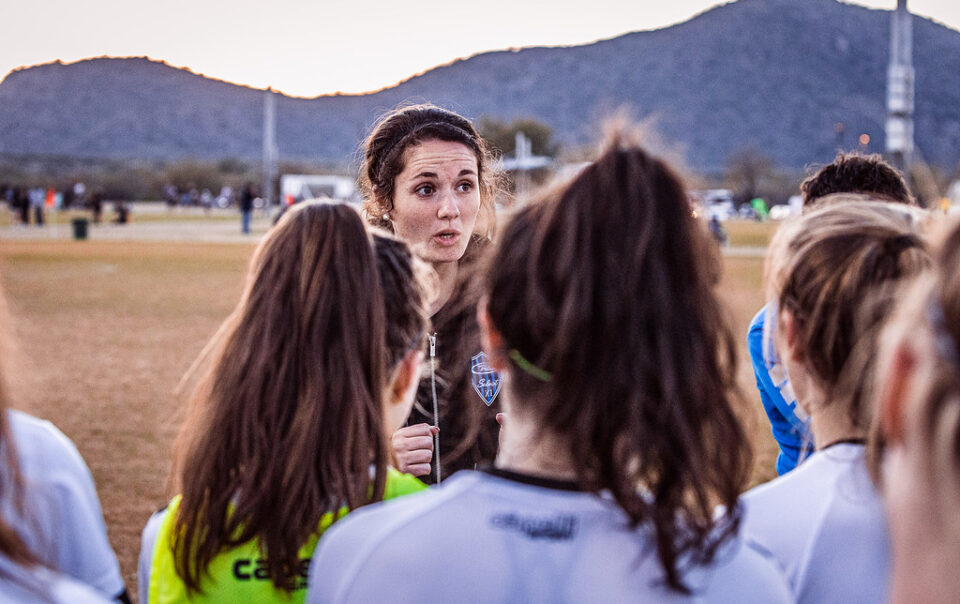 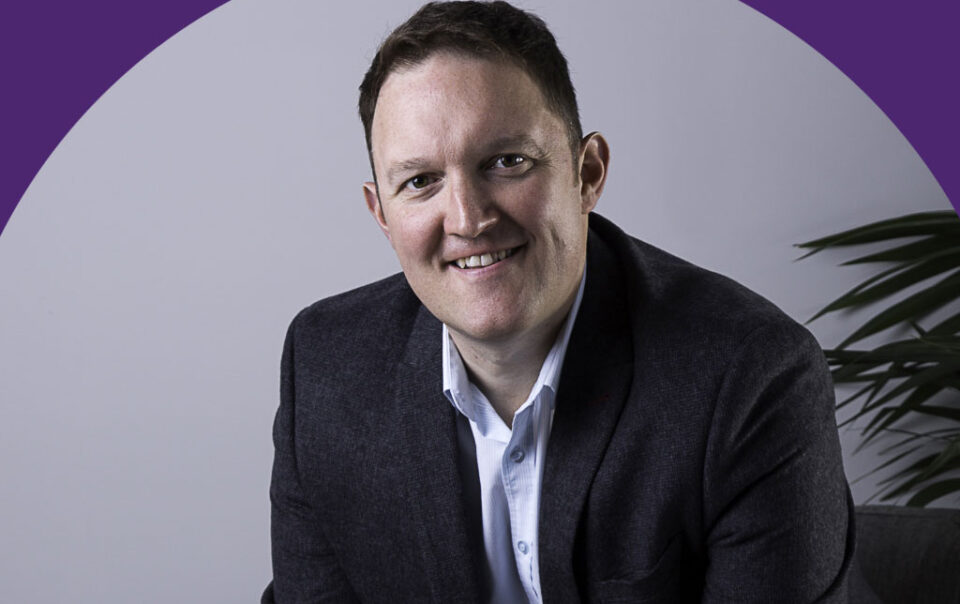 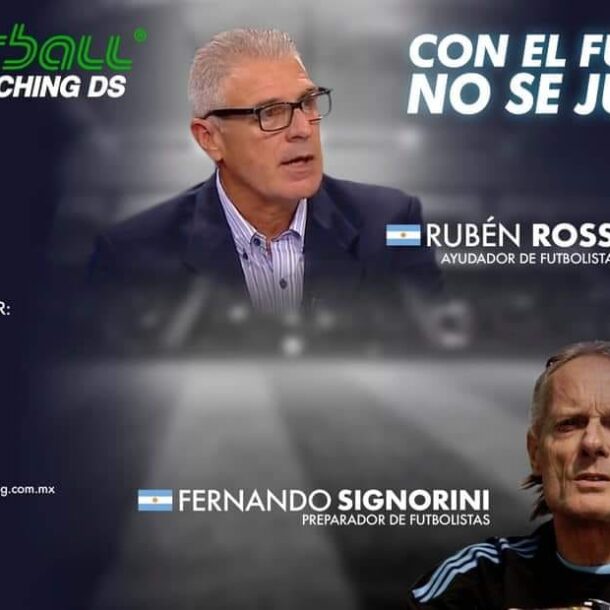 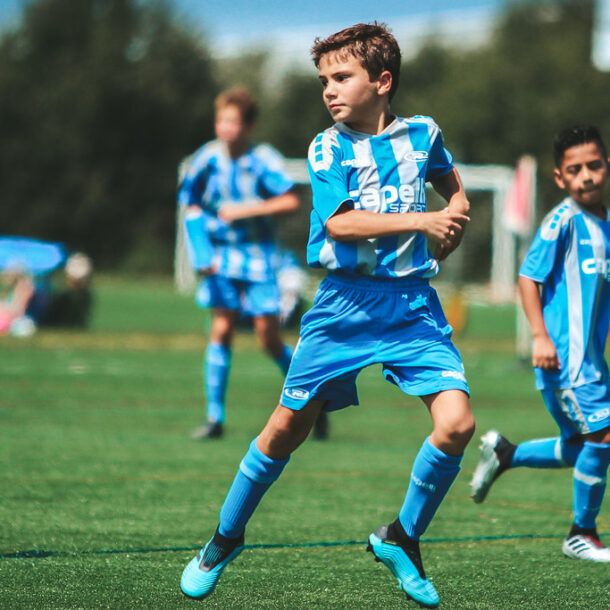 The Rush Way: Bantam Division U9 - U10
Next Article
Stay in the know on new topics