Rush Way – The Heart Of The Rush

THE HEART OF THE RUSH – INTRODUCTION

Our player development approach embodies the Rush identity, beliefs, and values. It is a reflection of our Passion and our Purpose. At Rush Soccer, it all starts by a deep understanding of who we are, why we do it, what we believe in, what our style is and our players embody, how we coach them, and how we support them.

That’s where everything starts. That’s the Heart Of The Rush.

‘Where The Trails Of Passion & Purpose Meet, Begins The Path To Victory’ – Rush Soccer

We are a global club committed to providing an unparalleled soccer experience: Progressive, Ambitious, Comprehensive.

We pride ourselves for being a coaches’ led organization.  At the very foundation of our organization there are 11 core values: Accountability, Advice, Empathy, Enjoyment, Humility, Leadership, Passion, Respect, Safety, Tenacity, Unity.

Since our inception in 1997, we have become the premier model for Youth Soccer in the world.  We have cultivated a reputation of excellence on and off the field and we represent today more than 40.000 players and 2000 coaches worldwide.

WHY WE DO IT

For us, Rush Soccer, football is much more than a sport: Football is a worldwide sociological phenomenon.

Through the sport of soccer we see people, no matter their age or origins, channel their dreams, hopes, and a sense of pride and enjoyment. Ask around and you’ll hear everywhere how stories of footballers brought hope and pride to communities, and how teams inspired people to be better.

That’s why we do it, because we have experienced it in our own lifes and we want others to experience it as well.  At the beginning and at the end, we are driven by Passion.

WHAT WE BELIEVE IN

To accomplish this, we believe passion is instrumental, and passion, as said before, can’t be learned but it can be shown, and it’s contagious. This is not a philosophical, romantic approach, but a pragmatic one. It is the passion of the player that drives them to play more, and the more they play, the more they learn, from the game.

THE RUSH STYLE OF PLAY

The Rush Way to Play is a reflection of our core values and culture, and a tradition sustained for almost 25 years. We want to attack, to be the protagonist. We are passionate, tenacious, adaptable to varying circumstances, and purposeful in our game. Just like we are as a club.

The Rush Way to Play is based upon movement and activity by both player and ball. Possession-oriented does not fully describe how we play; attack-oriented does. Whether in possession or in defense, we are attacking. When we have the ball we attack the goal, when they have the ball we attack the ball, we are always attacking.  Rush Players play with freedom yet understand the importance of responsibility and the balance between the two. Rush teams are flexible and adapt to varying circumstances. The Rush Way to Play represents both passion and purpose.

Our style of play is supported by these four overarching pillars:

To think of long term development means that we need to prepare players not for today’s game but for the future game of soccer, the one that they will be a part of. The future Rush Player represents the club’s core values in the way he/she plays, and heartfully and honestly believes in themselves, the team, and the club.

The future Rush Player has six marked key characteristics that are reflected in behaviors and skills along their development through each age group. These are:

Rush Soccer is a club developed and run by coaches. Coaches are the agents of change within our organization and each coach is a reflection of their players, team, and the club overall. Therefore, all coaches should conduct themselves at all times as first class role models. The Rush Coach puts people first, and finds in every opportunity to coach an opportunity to create an environment in which the player learns. Creating these environments and pulling out the passion the players have deep down inside of them is always pursued. This is the heart of a Rush Coach.

Rush Coaches create environments for the players to express themselves. Freedom without fear, yet understanding that with freedom comes responsibility. These environments also nurture discipline, not by a constant imposition of rules but through accountability, one of our core values.

The Rush Coach is active, positive, empathetic, thinks of the club over their own team, has a strong work ethic, and is a reflection of Passion.  Our coaching always aims to nurture the player’s game understanding, and our environments create challenges for these players to make decisions based on these principles: The first step is to make decisions, the second is to make correct decisions, the third to make them fast.

Exceptions apart, the following eight principles are reflected in every Rush session. This is the Rush Blue Thread:

The Rush supporter is encouraged to support his club positively and full-heartedly. We are loud yet always respectful and we give an example of the way soccer should be supported, as it is in the rest of the world. 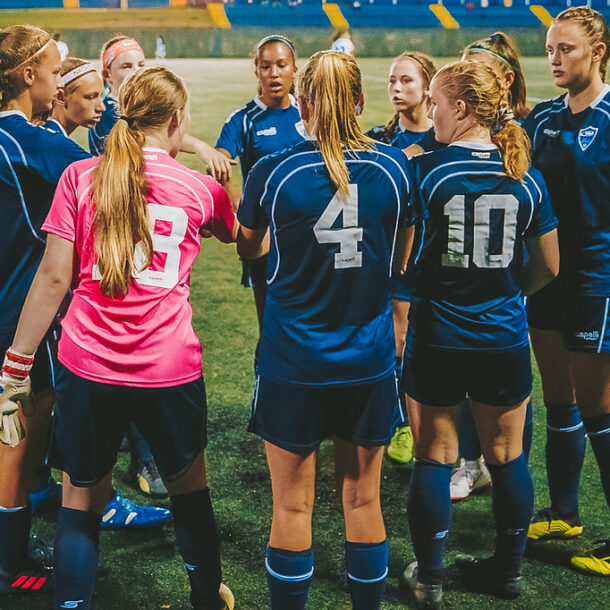 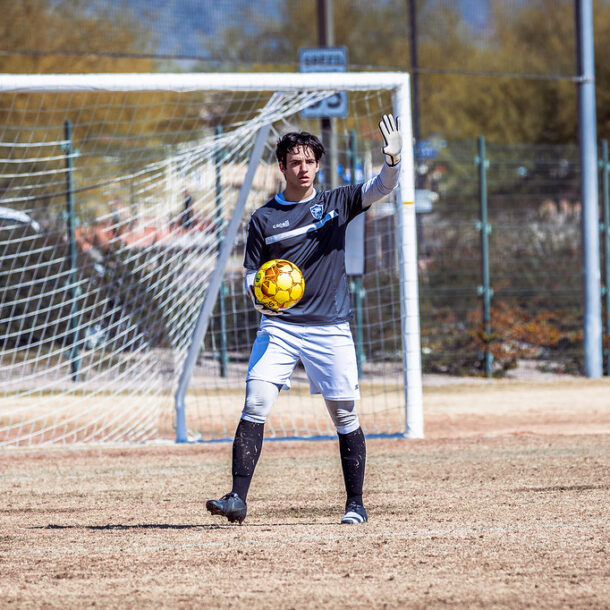 Can you stop a goal with your mind? - By Sean Connors
Next Article
Stay in the know on new topics