I was lucky enough to be invited to this conference held in Merida, Mexico, by Merida Rush’s Technical Director Giancarlo Salazar Mejia.

This called my attention right away, as the presenters are very well renowned professionals from my home country, Argentina.

Ruben Rossi was a professional player, U-20 world champion in 1979, sharing squad with Diego Armando Maradona, and under legendary coach Cesar Luis Menotti. After retiring as a player, he specialized in coaching youth, and became youth Academy Director for some of the most prestigious clubs in the country, such as River Plate, or Colon de Santa Fe.

Fernando Signorini, “El profe”, is a conditioning coach, famous for being Diego Maradona’s personal trainer for over 12 years, including Diego’s golden years in Napoli. He has also worked with other world class players like Sergio Aguero, Lionel Messi, or Juan Roman Riquelme. Moreover, he’s the only conditioning coach in the country’s history that worked with both World Cup Champion coaches: Cesar Luis Menotti, and Carlos Salvador Bilardo. He’s popularity has also peaked since he appears in HBOs documentary about Diego Maradona’s life.

Currently, they both teach at the Cesar Luis Menotti coaching school, that certifies coaches in CONMEBOL licenses C, B, A, and Pro.

What I was not expecting was to meet such kind, intelligent people, and develop a friendship with them. As we were in the same hotel, we spent 4 days together from dust to dawn. Most of what I learnt from them, I can happily say, actually came from debates over breakfast or dinner.

Ruben always had a strong focus on highlighting that the game is the teacher, especially in the younger ages. “If I could teach a player to play soccer they would pay me $20,000,000 USD a year” he used to joke. “Nobody can teach how to play, the game teaches. That’s why I don’t even call myself a ‘Coach’ but just a ‘Helper’, because my role is to facilitate, to help, then the game teaches”.

This might seem a basic concept, but he showed me several times how, if well applied, it conditions everything that you do on the field.

In the same intense manner, to also add a bit of humor, he would tell me: “Everything in soccer, and I learnt this from Menotti, is about the relationship between three concepts: Space, Time, and Deception. This is why I can’t stand seeing ‘coaches’ having their players slalom through cones and stating that they’re teaching dribbling skills. What are you talking about? There’s no dribbling without deception. The day somebody shows me how to deceive a cone I’ll retire from this career. You need a rival to work on dribbling, somebody you can deceive”.

Later on, he exposed how this mentality has deep implications in the way we structure a session: “I’m not saying that you should never do something analytical (no opposition), but that can’t be the core of your session. The core has to be the game, you can add conditioning factors though, but always understand that Soccer is different from all: in Soccer you learn from complex to simple, because the game is the teacher, and the game is the most complex situation”.

“Besides, at least in Argentina, I see coaches complain about the player’s lack of commitment, that they miss practices, and all of that. The funny part is that the players miss practice to go with their friends and do what? Play soccer! Because they’re bored in their practices dribbling cones. They came to play”

This last point was in strong agreement by both Ruben, and Fernando. “I’ve spent 40 years of my life asking the most talented players how they learnt to play”. All of them, including Diego Maradona, responded “Just playing all day, with my dad, my friends, against the wall, whoever or whatever”. Then Ruben laughed and added: “a few months ago I was with Ariel ‘El Burrito’ Ortega. What a dribbler he was… so I asked him how he dribbled, what the technique was. I knew what was coming as an answer. He looked at me with a shy smile in his face and said ‘well.. I pretended to go one way and then went the other’.

Lastly, they both wrapped the idea on: “Football has gotten intoxicated. All the micro cycles, functional areas, the gps here, the oxigen mask there… I’m not saying they’re all wrong, but we’ve lost focus on the core, that is creativity taught by the game itself. We see a 16 years old with a gps, great runner, but if he can’t stop the ball what’s the point? That’s why we don’t see many creative players anymore. In my eyes, the future of soccer is in the past”.

I wasn’t less impressed by Fernando’s approach to conditioning. “You need to have a holistic approach towards the players. It’s not just about physical capacities. Like Mourinho said, training without the mental component is senseless”.

To prove his point, he asked two volunteers to run a 100 yards sprint. While they were doing it, he started asking them to solve basic math problems: “3… times 2… times 3… divided by 2. You can stop when you know the result”. Both volunteers got the answer right away.

Afterwards, he asked the same two volunteers to play a 1v1 to small goals, and while they were playing he repeated the math challenge.

Both volunteers couldn’t reach the answer. “We were too busy, I couldn’t focus on the math”. “You see – Fernando added – soccer is different because the mental component is there. It’s not the same level of concentration than a simple athletic task, then why do we train them based on archaic athleticism theories and methods? That doesn’t work”

Then he said something I thought was genius: “I don’t use chronometers, or time or specify the number of repetitions. No intervals, no Yo-Yo tests, nothing. I trust my players, I have to, and I train them based on sensations. When working with 10, 15, 20 people at the same time, how do you determine the right overload? They don’t have the same capacities nor start from the same point, so the right overload is determined by them. Keep going and when you’re dead exhausted step out”

He complemented that with a great story: “I learnt this with Diego. He was naturally an explosive player, in 20, 30 yards, 0 to 100 miles an hour he was killer, but had little capacity for upper aerobics, 60 or 70 yards at mid high speed. Those efforts were really hard for him. The first day working as his personal trainer I took him to a stadium and I asked him to run the Cooper test. I was still very by the books, so I went mainstream. He never took off, ran the whole 12 minutes at the same pace and when he finished he stood still, staring at the ground and shaking his head slowly, side to side with that voluminous hair he had, repeating ‘this is pointless, this is pointless’, so when I’m close I tell him ‘Diego, you only ran 2600 meters, a top athlete like you should at least run 3200!’ Still staring at the ground he replied: ‘Really? And how many do you run Profe’. To challenge him I said ‘Well at least 3000, minimum’, so he picked a Gatorade next to him, raised his head and walked to me, handing me drink and saying ‘Well, then maybe you should be the one playing on Sunday’. That day I realized we were doing something wrong”.

“The player needs to train player moves. Speed, strength, you can work them all together. Full body, they all participate in the movement. I see coaches send their players to the gym. They work on their quadriceps like they do weight lifting. Then of course on Sunday they get their hamstrings strained. What do they expect? They created these muscular imbalances”.

At the end of that priceless conversation, he told me something I won’t forget: “Players need you. You have to educate them. Tell them about poetry, give them books, music records. Ask them about their personal life, they want advise. I’ve worked with the top, Diego, Leo Messi… I’ve seen them play such bad games, and it wasn’t physical, they were sad or concerned about something personal. Don’t ever underestimate the power of putting a hand on their shoulder, the power of a hug”.

It was incredible to see this in action. Fernando worked at Venados FC years ago, Merida’s professional team. They invited me to watch a game at the stadium with them. Every person, player, coach, staff at the club that knew him asked to stop by to say hi. Everybody was happy to see him. Everybody had a memory of something they had learned from him, on or off the field.

[…] and learnt from Fernando “El Profe” Signorini and mentioned in the blog post “What I’ve learnt at the conference ‘Don’t Play Games With Soccer’ in Merida“, quoting […] 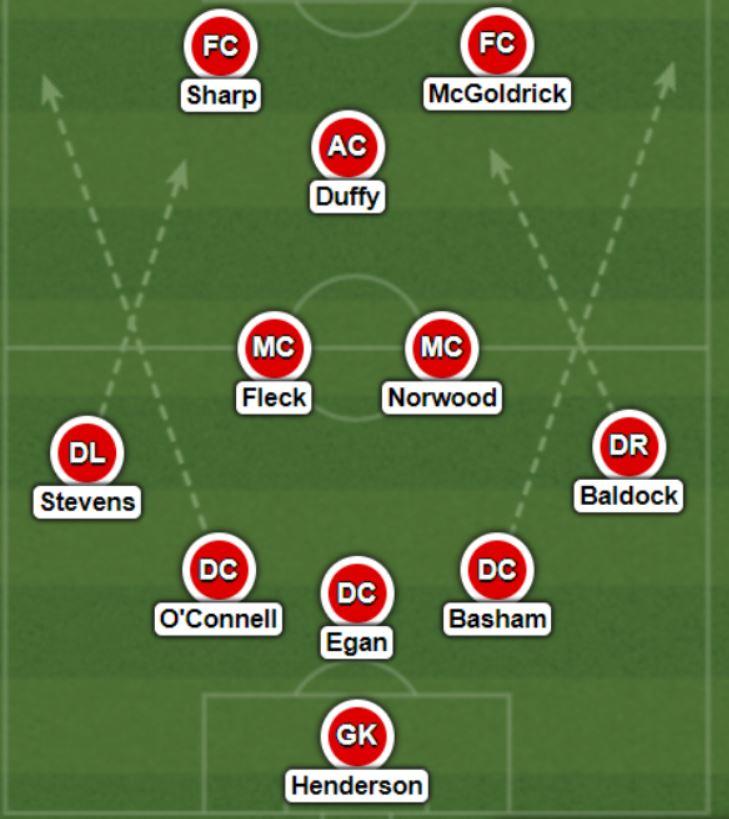 Never Seen A Center Back Overlapping? Well, Get Ready For Sheffield United Boy - A Contribution Of Sean Murphy From Florida Rush
Previous Article 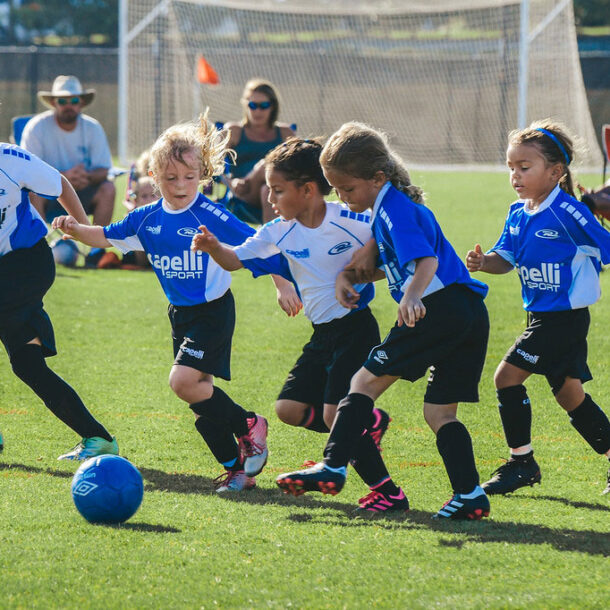 The Rush Way: Micro Division U6 - U8
Next Article
Stay in the know on new topics