Born in December? Less Chances of Making It To Pro. What’s The Relative Age Effect? – A research by L. Finnegan, brought by M. Saul and P. Toledo

Laura Finnegan, from the Irish Football Federation, is the world lead in this research about the Relative Age Effect (RAE). She’s kindly sharing this fantastic analysis with us at Rush Soccer, and invites everybody to check her blog for a deeper understanding of this phenomenon.

Yes my friend, and I promise to you: this post is not about astrology.

This is called the relative age effect (RAE), and as absurd as it sounds, it happened in the past, and it still does.

The RAE, in Laura Finnegan’s words “refers to a preference for selecting footballers born earlier in the year, often due to enhanced maturation factors (being bigger, faster, stronger physically but also are often more cognitively and emotionally mature) over their teammates born later in the year”.

There was a time in which the game of soccer was going through a physical stage, meaning that the physical component was highly estimated in comparison to the others (psychological, technical, tactical). Therefore, during such period, the strongest kids were progressing faster in the youth divisions that the smaller ones. That was voluntary choice, very different from this.

What the RAE is exposing, is that stronger kids are not progressing better than smaller kids because we coaches pick the strong ones, but actually because we tend to attribute certain high performances to technical and tactical components, when they actually result from a maturity component.

In Laura’s words: “This can lead to a biased view of ‘potential’, which leads to these players being exposed to more game-time, getting selected for representational squads, receiving higher standards of coaching and leading to greater training opportunities. It’s often these physical factors that make players (especially in their early teens) stand out, stamina means it’s the fittest player still being seen to make challenges late on in games, a tall player will often stand out from the rest. It’s the same reason that there was an issue with one particular scout from a big English club always coming back recommending blond players… scanning a field of players, the blond heads tended to stand out!”

Laura went further in this study and checked the stats of represented players by birth month in Ireland. Below are her findings.

The numbers are shocking. A poor baby from December has 4.5 less chances of playing than his counterpart of January.

So the question is now… How can we level the playing field?

Whatever, you know what? There’s always a bright side. If you were born in September or later like me and you didn’t play professional, now we have something to blame it on! 😉

If you would like to learn more about this phenomenon please visit Laura’s blog.

Great piece! Too bad it’s just now coming to light…. here are a couple fixes. 1- have 2 teams at every age group(Jan-jun) (July -aug)… 2 .use size and speed to select teams not age at all….. given the proven statistics of a single age group, now go look at the stats of the boys SENIOR DA.( age class is broken up by 2 year increments 15s,17s,19s.) so at the ages when players are getting the most visibility we are limiting the pool to the point some of the most technical players never get seen……. one other thing…. to all club coaches, DOC, and tech directors…. stop running a tryout by rolling a ball out and playing 11v11…. the biggest , strongest,and fastest will always make he cut. It’s human nature… instead play nothing but 3v3 4v4 and evaluate dribbling and juggling drills (find the kid with a relationship with the ball)…. but don’t expect to win with this team…. but when they are all 5’10” and 160 lbs (adult average) they will actually be a dominant force….. ( then maybe the US will be a top 5 country)…..
But what do I know , I am the father of son who could juggle 2,000 times at 12 years old. And was born in November .

Hi Jeremy!
Thanks very much for the comment. These are very valid points. I really appreciate you taking the time to read the article and comment. I hope you’re finding value in this blog. Take care 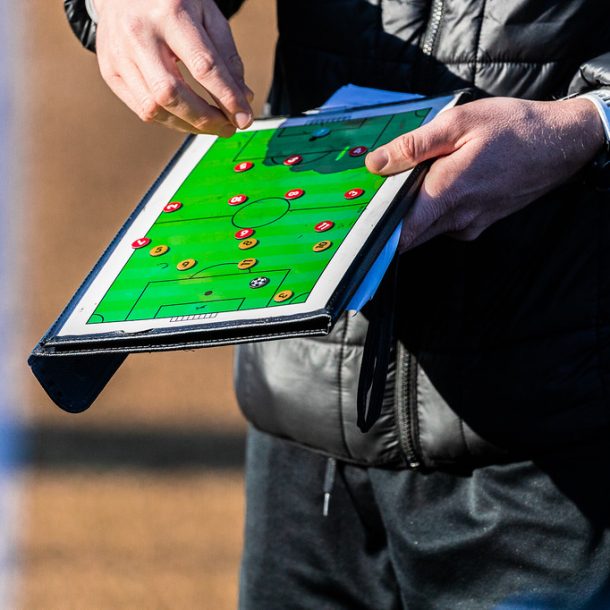 Motivation vs Emotional Activation: What’s wrong about Al Pacino’s “Any Given Sunday” Speech? - By Pablo Toledo
Next Article
Stay in the know on new topics