Playing Out Of The Back, Coaching Over Forcing – By Elliot Prost

There is a particular topic I have been fascinated with over the past few months. Something that makes many coaches (and/or parents) proud, boost egos, and that you can continuously hear coming from the sidelines on Saturdays… PLAYING OUT OF THE BACK!

Ultimately, I love and support the concept. It is an appealing and attractive way to move up the ball from defensive third to higher areas of the field.
Among world cultures and mentalities, everyone has different vision and beliefs in terms of what good soccer looks like. In the USA, playing good soccer usually refers to short passing, “playing out of the back” and scoring “nice goals”.

All of that is great! but I frequently ask myself, Why? And How?

Whether it is promoted through coaching courses, or imposed by the USSF regulations (build-out line), coaches are encouraged to have their teams building from the back. The problem seems to be that lots of coaches do not necessarily understand the reasons to do such thing. Many elements within the game dictate whether it is (or is not) best to do it: players characteristics/attributes, game situations, organization of the opposition etc. Lack of understanding of such concepts leads to players being coached (more like forced) to perform a task automatically rather than being taught to recognize the cues that suggest that the right decision (or wrong) is to play out of the back. I fear that this will create “robots” rather than soccer players, and those robots will quit eventually due to lack of enjoyment or understanding of the sport. My concern is the lack of focus in making effort to create SOCCER PLAYERS. Soccer players analyze game situation, think a step ahead and make decision based on games’ circumstances. Make Decision are the two important words.

The build out lines make it MANDATORY to start every attack at U9-U10 from keeper with a short pass, but they don’t force neither players nor coaches to understand why  or how playing out of the back is done.

Coaches train most aspects of soccer: technique, counter attacks, crossing / finishing, set pieces, etc.  All of these are great, but don’t mean much if we don’t educate coaches to teach players how to make decisions. I’m afraid the USA will become a very predictable soccer culture if we prevent players from expressing themselves. Players should definitely be coached to play out of the back. In my opinion, they should also be taught to break the first line of pressure by finding midfielders, as much as GK’s should be taught to chip the ball to a full back among many ways to start an attack from this position.

Soccer is an instinctive sport: personality, character, and self esteem are parts that form the player. There is a kid/person behind every player, an amazing goal would be looking to guide these young men into becoming soccer players.

Give them the tools (technical, tactical, physical, mental) to understand the game and allow them to play soccer the way they see it, the way that makes most sense to them… in different games situation! 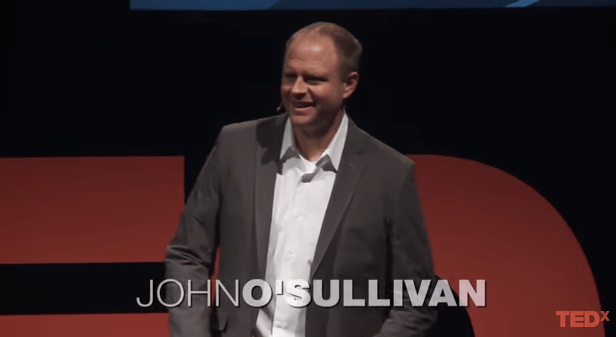 'I love Watching You Play'. Why Is It So Important To Simply Say This To Our Children?
Next Article
Stay in the know on new topics